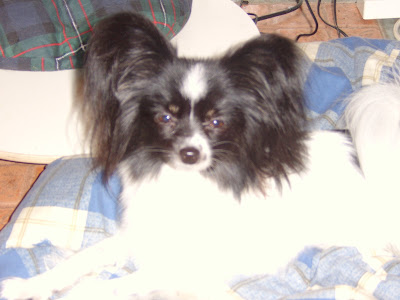 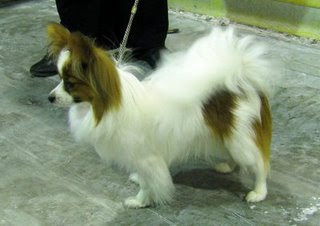 Carter (Bonmeshay"s Get Carter) has had great success since he started showing 3 months ago, he has won his class at all his open show and got puppy group 1 and Last week he won his junior class and AV puppy went on to win best puppy in show. At both Championship Shows he attended he was place second in big classes third time Lucky maybe a first next time out.He is such a fun wee dog but can he a bit of a fire cracker at the end of the lead he just wants to play with all the other dogs in the ring His mum (Abbeyton To sweet to Kiss At Bonmeshay JW)AKA Tootsie was just the same she loves showing and will be returning to the show ring as soon as we get her a wee bit slimmer she put on a bit of weight( tell me about it) on since she had her puppies,but she is still beautiful and my special girl i look forward to having both mum and son in the show ring.
Posted by Bonmeshay Show & Agility Dogs at 13:06

Well done with Carter - he is lovely - and here's to many more wins.

Congrats on winning best puppy in show. Your dog is adorable. I look forward to reading more of your ring winnings.